***Get our small cap profiles, special situation and watch alerts in real time. We are now offering our VIP SMS/text alert service for free, simply text the word “Alerts” to the phone number 25827 from your cell phone.
Report on : (Nasdaq: INCY, ARIA)
Incyte (INCY – Get Report) chose to buy a turnkey European commercial operation instead of building one. The company found a willing seller in Ariad Pharmaceuticals (ARIA – Get Report) , which was looking to shed its European operations to save money.

Under terms of the deal announced Monday, Incyte is paying $140 million to acquire Ariad’s European operations, which includes 125 sales and marketing employees and European rights to the leukemia drug Iclusig. In addition to the cash payment, Incyte will pay Ariad a royalty of 32%-50% on future European Iclusig sales.

The deal makes good strategic sense for both companies. Incyte will use its new European business hub for the future launch of cancer and immunology drugs from its pipeline, if eventually approved. Generating a small amount of extra revenue from Iclusig, net the Ariad royalty, is a bonus.

Ariad, in turn, sheds an expensive European business and can focus Iclusig marketing efforts on the U.S. The deal includes a buyback provision that allows a potential acquirer of Ariad to repurchase Iclusig European rights from Incyte. 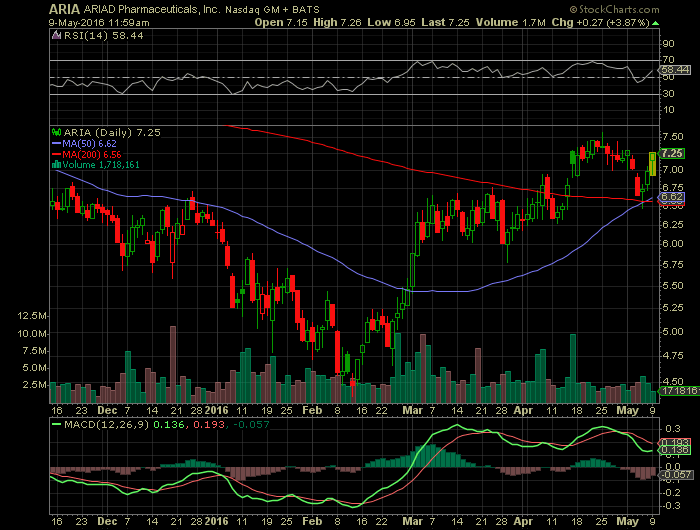