Gamco Investors INC. ET AL raised its stake in Federal-Mogul Holdings Corp (NASDAQ:FDML) by 0.1% during the fourth quarter, according to its most recent Form 13F filing with the Securities and Exchange Commission. The firm owned 7,824,091 shares of the company’s stock after buying an additional 6,548 shares during the period. Gamco Investors INC. ET AL owned approximately 4.63% of Federal-Mogul Holdings Corp worth $53,595,000 as of its most recent filing with the SEC.

Separately, Strs Ohio increased its position in shares of Federal-Mogul Holdings Corp by 25.8% in the fourth quarter. Strs Ohio now owns 1,584,800 shares of the company’s stock valued at $10,855,000 after buying an additional 325,000 shares during the last quarter. 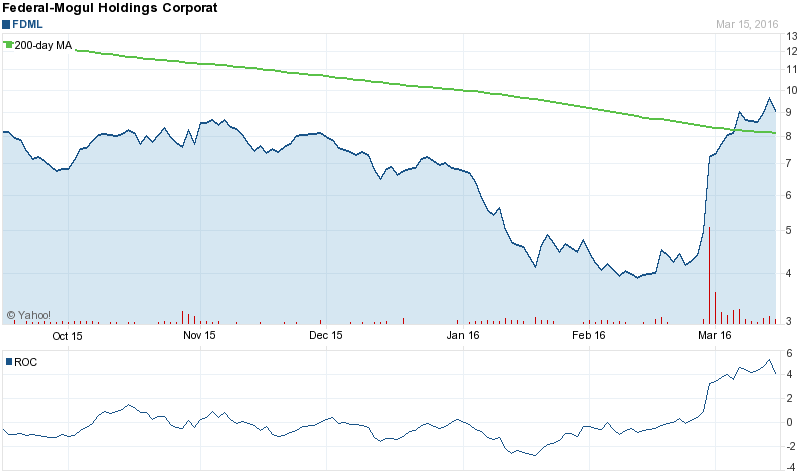