April 11th, 2016 – (NASDAQ: FNJN) called at $1.07/share hit $1.76/share in 3 days for 64% gains for our members.
These are numbers that make traders drool. Any trader in any market would fall all over themselves to see numbers like this. So if you’ve been on the fence, perhaps it’s time to start doing some research and verify our numbers for yourself. We are constantly raising the bar and separate ourselves from the rest of the small-cap newsletters as the best in business.

***Get our small cap profiles, special situation and watch alerts in real time. We are now offering our VIP SMS/text alert service for free, simply text the word “Alerts” to the phone number 25827 from your cell phone.
–Report on: (NASDAQ: HERO)

Hercules Offshore (NASDAQ:HERO) last issued its quarterly earnings data on Wednesday, March 30th. The company reported ($3.42) earnings per share (EPS) for the quarter, missing the Thomson Reuters’ consensus estimate of ($1.79) by $1.63. The firm earned $60 million during the quarter, compared to analyst estimates of $68.65 million. On average, equities research analysts predict that Hercules Offshore will post ($5.58) earnings per share for the current fiscal year. 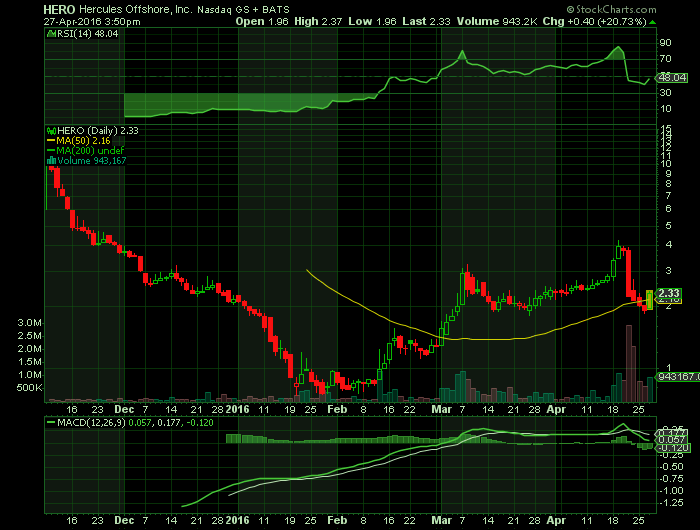