SAO PAULO, May 4 (Reuters) – Shares in Gol Linhas Aéreas Inteligentes SA posted their biggest intraday gain in over five weeks on Wednesday, a day after Brazil’s most indebted airline proposed investors to take losses of up to 70 percent on $780 million of outstanding bonds.

Nonvoting shares of Gol, which has Delta Air Lines Inc among shareholders, jumped as much as 15.4 percent to 2.92 reais in early Wednesday trading. The stock is down 67 percent in the past 12 months but recently gained on speculation of a debt restructuring plan.

Late on Tuesday, São Paulo-based Gol announced a plan to exchange outstanding bonds for new debt valid through June 1. Under terms of the plan, investors in Gol’s perpetual bond would assume a 70 percent loss, while those holding notes due in 2020, 2022 and 2023 would have to take on a so-called haircut of 65 percent.

The loss proposed for bondholders of the 2017 notes was put at 30 percent. The plan, which calls for the postponement of almost all debt repayments scheduled for this and next year and additional funding worth 300 million reais ($85 million), could help Gol stretch out maturities while reducing the burden of onerous debt-servicing.

According to Rogerio Araújo, an analyst with UBS Securities, Gol’s decision was “a great first step, but not enough if operations do not stop burning cash.”

Gol is the latest Brazilian company to negotiate a debt restructuring with creditors as Brazil’s harshest recession in decades, rising borrowing costs and accelerating inflation hamper the airline’s ability to repay liabilities. 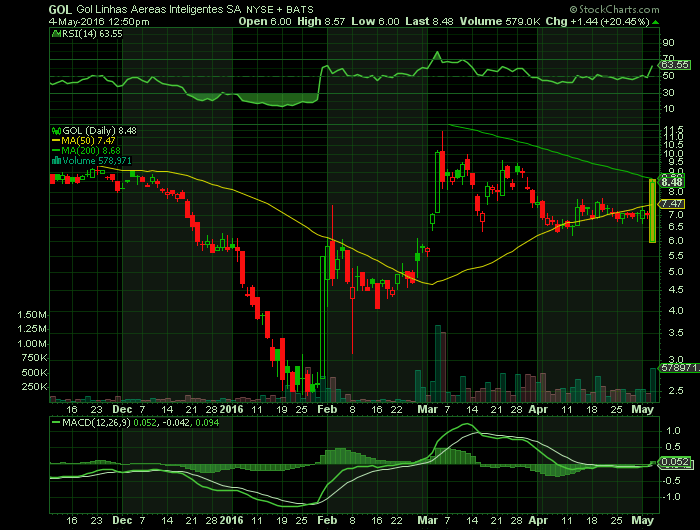